In 2013 several international addiction researchers – working on alcohol, tobacco, illicit substances and behavioural addictions – met for the first time in Vienna under the umbrella of the Sigmund-Freud-Private-University

The workgroup named itself “Critical Approaches towards Alcohol, Tobacco and Other Drugs (CAATOD)” and decided to meet in annual informal meetings. Up till now 6 editorials have been produced based on the work of the group.
see: Publications
see: CAATOD members

At the third meeting the idea was born to organise a small conference in Vienna, February 23rd and 24th 2017 (Thursday all day and Friday morning till 1 p.m.) at the Sigmund Freud Private University, inviting interested persons other than the informal group in order to involve them in discussions on the issues that have been discussed in these meetings.
see: Invitation and Program Details 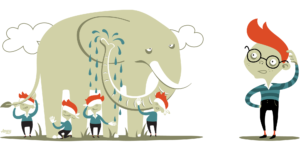